A peace is does not mean to be in a place where there is no noise, trouble or hard work, it means to be in the midst of those things and still “BE CLAM IN YOUR HEART”

The pic shows just one of the many Candle light Vigils for the terrible tragedy that has unfolded over the last few days in India.

The brutal gang rape of a young girl in Delhi has resulted in shock, despair and shame on what it means to be Indian in a country that can’t treat its daughters right. Countless reports of rape have been pouring in from other parts of India validating the view that this country just doesn’t keep its promise when it comes to women’s safety and their freedom.

The patronizing reaction of the Central Government and the Home Minister have only contributed to revulsion and disbelief on how the Rulers of this country view themselves as Royalty. Peaceful protesters have been assaulted with water canons and lathi wielding policemen.

The death of the rape victim has set in a solemn and hopefully introspective mood throughout India as we enter 2013. 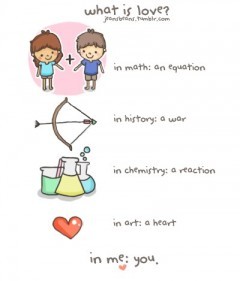 Hii.Folks…. Have a look on Saying about life and Love

✱ When life gives you a hundred reasons to cry, show life that you have a thousand reasons to smile.
✱ Live with no excuses and love with no regrets.
✱ Life is just a mirror, and what you see out there, you must first see inside of you.
✱There is only one way to get ready for immortality, and that is to love this life and live it as bravely and faithfully and cheerfully as we can.
✱ I love you for those thousand reasons you gave me to smile in this world. Your love made me discover the real meaning of my existence. You made my world so complete, That if I need to choose between loving you and my life. I will use my last breath to say i love you…